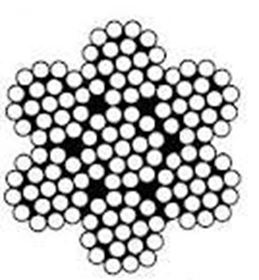 How do you choose the best wire rope for your application?

While for many jobs the answer may be simple, the correct choice often requires knowledge and experience.

Our sales and customer service staff is willing and able to assist you in finding the right rope for your application.

To assure you of the highest quality product and engineering, American Rigger’s Supply represents WireCo WorldGroup products. Wire rope design, manufacture and use are highly specialized fields and that is why we rely on their unsurpassed technical support.

No single rope can do it all.

All wire ropes feature design characteristic tradeoffs. For example, when you increase fatigue resistance by selecting a rope with more wires, the rope will have less abrasion resistance because of its greater number of smaller outside wires.

Please allow us to assist you by giving us a call. We would be happy to hear from you.